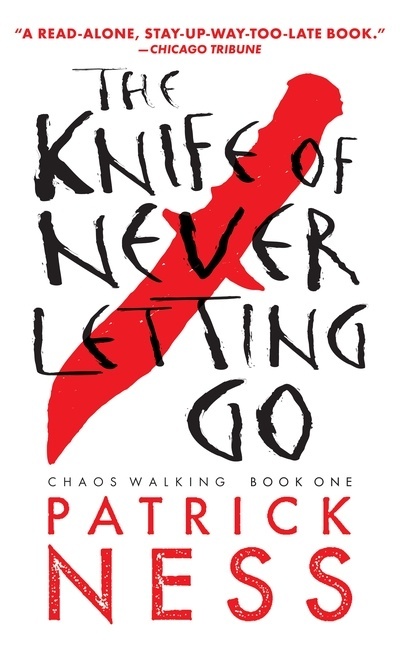 The Knife of Never Letting Go

Book 1 in the Chaos Walking trilogy.

Todd Hewitt is just one month away from the birthday that will make him a man. But his town has been keeping secrets from him. Secrets that are going to force him to run…

This unflinching novel about fear, flight and the terrifying path of self-discovery won both the Guardian Children’s Fiction Prize and the Booktrust Teenage Prize.

Also features the short story, The New World. Set before the events of The Knife of Never Letting Go, it is the story of Viola’s dramatic journey to the New World.

“The emotional, physical, and intellectual drama is well crafted and relentless…Tension [and] suspense…are palpable throughout, mitigated by occasional moments of welcome humor.”

“Crack dramatic and comic timing… unforgettable… penetrating… The cliffhanger ending is as effective as a shot to the gut.”