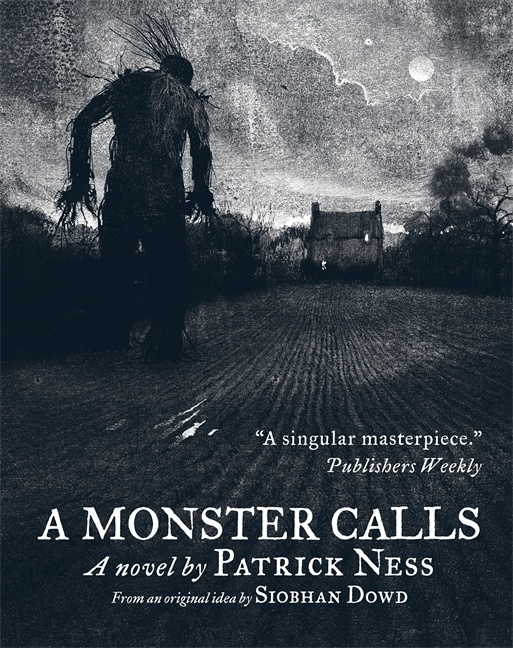 The monster showed up just after midnight. As they do. But it isn’t the monster Conor’s been expecting. He’s been expecting the one from his nightmare, the one he’s had nearly every night since his mother started her treatments, the one with the darkness and the wind and the screaming… The monster in his back garden, though, this monster is something different. Something ancient, something wild. And it wants the most dangerous thing of all from Conor. It wants the truth.

Twice Carnegie Medal-winning Patrick Ness spins a tale from the final idea of much-loved Carnegie Medal winner Siobhan Dowd, whose premature death from cancer prevented her from writing it herself, beautifully illustrated by Jim Kay. Darkly mischievous and painfully funny, A Monster Calls is an extraordinarily moving novel of coming to terms with loss from two of our finest writers for young adults, and the only book to win both the Carnegie and Kate Greenaway Medal.