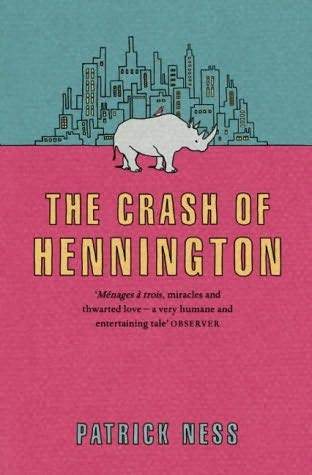 The Crash of Hennington

Love is political, obsessive and utterly strange in the first novel from the award-winning author of the Chaos Walking trilogy, A Monster Calls and More Than This.

Welcome to the seaside metropolis of Hennington, where a mysterious herd of rhinoceros has wandered city streets for so long it’s become a civic feature, where the current mayor first met her husband on a nude beach, and where Jon Noth has returned after four decades to reclaim a lost love.

Unfortunately for him, that lost love is Cora Larsson, long-time mayor of Hennington, happily (and flexibly) married – and still not interested …