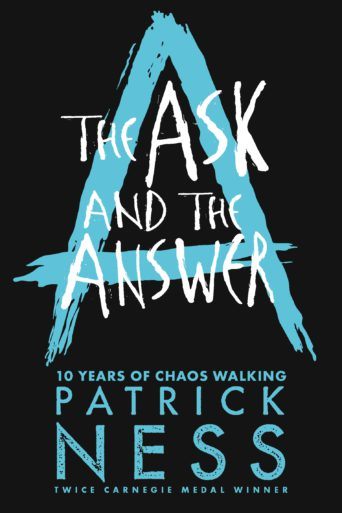 The Ask and the Answer (10th Anniversary Edition)

Fleeing before a relentless army, Todd and Viola once again face their worst enemy, Mayor Prentiss. Immediately imprisoned and separated from Viola, Todd is forced to learn the ways of the Mayor’s new order. And then, one day, the bombs begin to explode… This new edition marks the 10th anniversary of the Chaos Walking trilogy, soon to be a major motion picture starring Tom Holland and Daisy Ridley.

A reading from The Ask and the Answer