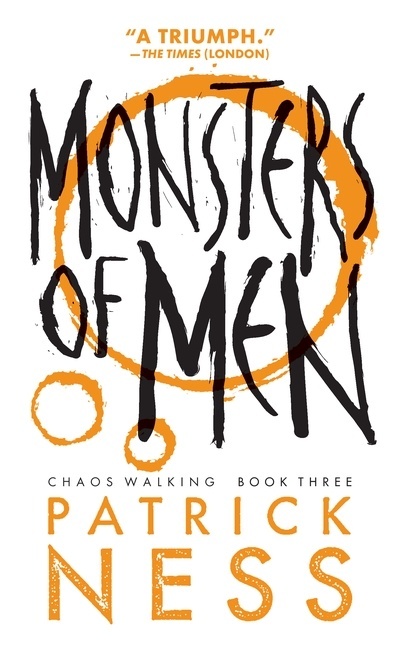 The electrifying finale to the multiple award-winning trilogy, Chaos Walking.

Three armies march on New Prentisstown, each one intent on destroying the others. Todd and Viola are caught in the middle, with no chance of escape. As the battles commence, how can they hope to stop the fighting? How can there ever be peace when they’re so hopelessly outnumbered? And if war makes monsters of men, what terrible choices await? But then a third voice breaks into the battle, one bent on revenge…The electrifying finale to the award-winning Chaos Walking trilogy, Monsters of Men is a heart-stopping novel about power, survival and the devastating realities of war.

This edition contains a bonus short story, Snowscape. Set shortly after the events of Monsters of Men, this gripping story reveals sensational new truths about Todd and Viola’s world and the future of the New World.